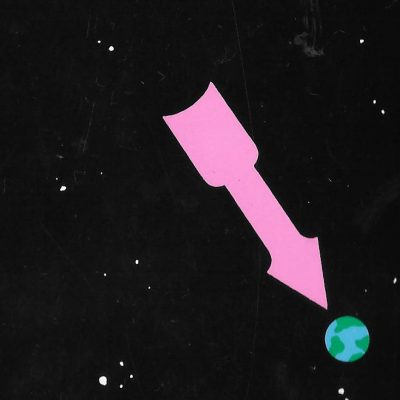 This is from the front cover of the Douglas Adams’s book Mostly Harmless; the fifth book in the increasingly innaccurately named Hitch Hikers Guide to the Galaxy trilogy. Its about Arthur Dent’s life. Published by Serious Publications Limited in 1992. The arrow points to the small but harmless planet earth.