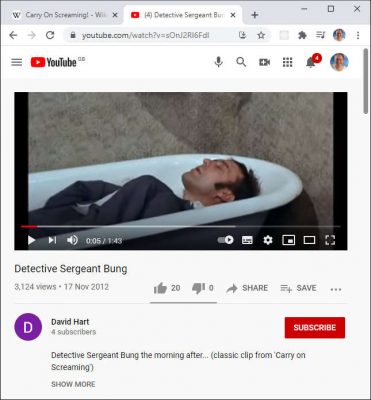 There have been a few repeats of Carry On films in the past couple of weeks. In Carry On Screaming, Detective Sergeant Sidney Bung ( played by Harry H. Corbett ) was assisted by Peter Butterworth as Detective Constable Slobotham – pronounced slow bottom.