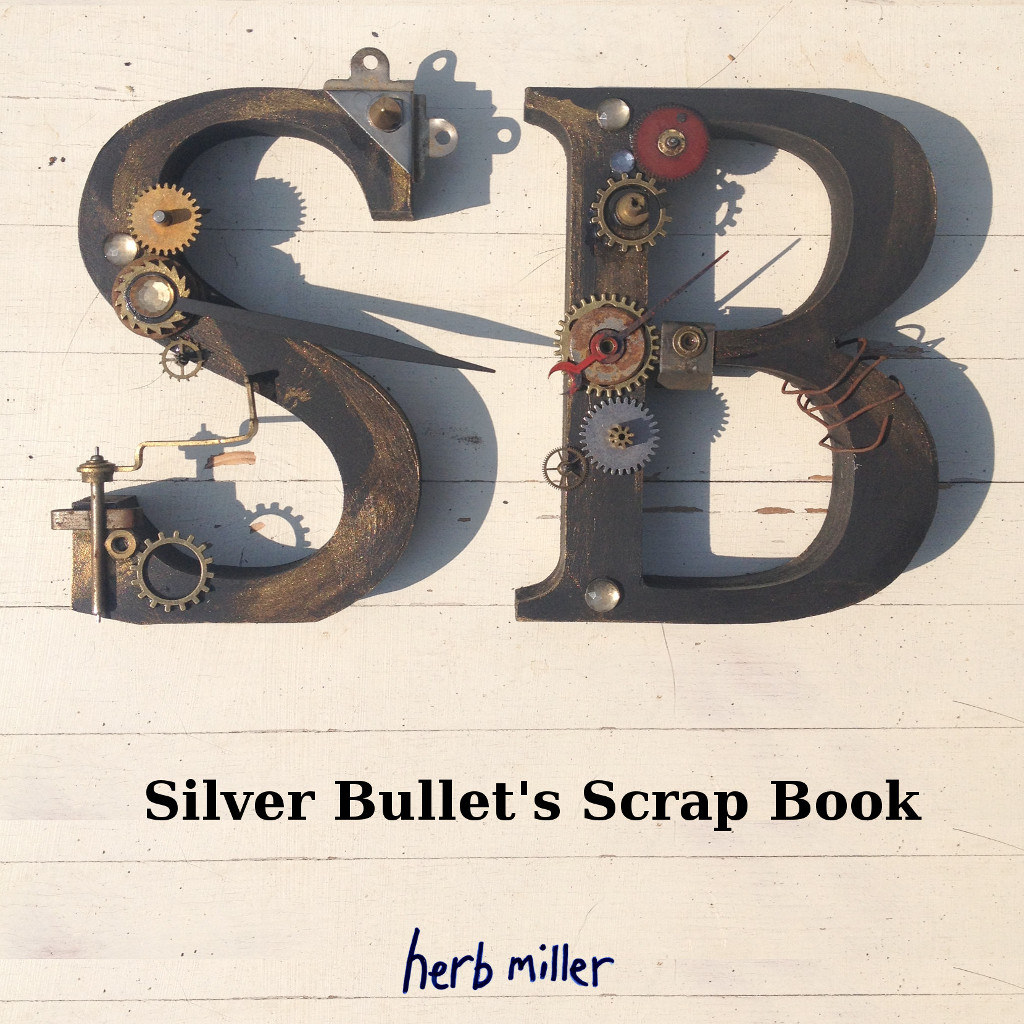 Seriously Bonkers – Silver Bullet’s Scrap Book is a short booklet ( 64 pages ) celebrating pairs of words where the first starts with an S and the second with a B. They’ve been know as SBs since 1990.

In August 2010 the bigram.co.uk website was created and several bigrams were published, slowly but surely.

In May 2016 it was given a second breath when all the entries from the SB list were imported into a replacement website.

The site started blossoming. Over the next few months I loaded a sizeable backlog. Due to a strange bug I had some bother submitting bigrams from my ancient iPhone

This scrap book, containing selected bits from the website, is being published to celebrate the author’s sixtieth birthday.

Herb Miller lives in Rowlands Castle with his wife and two cats. He's been collecting SBs for nearly half his lifetime. If you ask him why he’ll say Simply Because. His favourites to date are the short but sweet, palindromic sub bus, the sulphurous brewmasters Googlewhack and of course, seriously bonkers, simply brilliant and silly B. He fully expects his short booklet to become a shortlisted bestseller.

Buy the book from herbmiller.me/shop